To master the extremes of a fast-changing competitive landscape, challenge your company’s assumptions about designing, developing, and manufacturing  products for these regions.

A large automaker designed, developed, and—with appropriate fanfare—launched a commercial truck in India’s burgeoning and highly competitive market. The vehicle was engineered to let owners in a range of emerging markets run the trucks longer and faster, and at a relatively low operating cost. Higher asset utilization, company leaders believed, would improve profits for truck owners and, ultimately, the automaker.

The truck was a disappointment. The company hadn’t adequately accounted for India’s poor roads and infrastructure, which often prevent vehicles from maintaining the most efficient operating speeds. Even though the truck’s price was competitive against local offerings—and half that of a comparable vehicle in developed markets—in the buyers’ eyes the potentially higher utilization wasn’t worth the expense.

Think this was a ham-fisted multinational dabbling in a market it didn’t fully understand? Think again: the automaker was based in India. To be sure, multinationals tend to suffer such setbacks more often than local players do, but this company’s example underscores the difficulty of understanding customer needs in fast-changing emerging markets.

Indeed, around the same time, another domestic competitor suffered a similar fate. That company’s commercial vehicle, offered at an even lower price, was also tailored for India; it featured a lower-capacity, low-cost engine well-suited to run efficiently on the country’s grid-locked roads. Yet it too proved a letdown. The cause: an unfairly earned reputation for unreliability that the company ultimately attributed to owner–operators who, to maximize profits, overloaded the trucks far beyond recommended weight limits. Within a couple of years, the overloaded engines began to malfunction, customers became angry, and the vehicle’s sales plummeted.

Such cases underscore the challenges of designing, developing, and manufacturing products for fast-changing emerging markets—environments where customers are both extremely price conscious and demanding. Against this backdrop, a growing number of companies find that they must reexamine their traditional approaches to product development and tailor them to these realities. We call this process “design to value.” In some cases, designing to value means applying traditional tools in new ways, in others adopting a new mind-set about what customers want and how to deliver it.

It’s still early days in this space, and no organization has yet mastered the challenges. But a look at the practices that leading product developers use offers at least three lessons for companies wrestling with the extremes of competition in emerging markets. The urgency to adapt will only increase as consumption in these markets contributes a growing share of global economic growth in the decade ahead.1

1. Shake up your thinking
The combination of rapid change and heightened competition in emerging markets puts a premium on useful customer insights, even as they become harder to get. Indeed, poor infrastructure, vast distances, and fast-changing customer segments make traditional fact-gathering approaches (such as ethnographic research or even focus groups) expensive and time-consuming. Therefore, top companies don’t pass up any opportunity, however modest, to sharpen their understanding of customer needs.

Collision workshops—which might include customers but primarily convene suppliers, marketers, product engineers, and other company representatives— can help. They offer a low-tech way of quickly generating and discussing customer insights and a forum to identify hypotheses that companies can later test more traditionally. To some extent, these meetings represent a cheaper and more flexible way of generating the kinds of insights that R&D pioneers such as Bell Labs and IBM’s Watson Research Group achieved through formal, multidisciplinary R&D labs. As with these venerable examples, an important goal of collision workshops is to challenge ingrained habits of thought by pulling together representatives from functional groups that normally don’t interact.2

The resulting insights can be quite useful. An automotive-parts manufacturer in a fast-growing Asian market used a collision workshop to identify a new niche in its wheel business. During a discussion about products for passenger vehicles, a marketer mentioned that the company’s wheels were heavy—an observation he’d heard from a customer. This comment, made in passing, intrigued the engineers in the room, who went on to sketch out a counterintuitive proposal that the company ultimately refined and adopted: using a slightly higher grade of steel to make wheels lighter and more fuel efficient. Even though the new steel was more expensive, the company lowered its total costs because the wheels now required less steel than they had before.

A large telecommunications and data-services provider used a collision workshop to discuss how B2B customers in smaller, tier-two and -three cities differed from those in the largest urban areas. The “aha moment” came when marketing and pricing experts teamed up with product engineers to ask whether the company might offer price discounts to some customers in smaller cities in exchange for slightly lower network uptime than the near-100 percent guaranteed to commercial customers in major metropolitan areas. The company ultimately found it could lower its price for some customers in tier-two cities, making its offer highly competitive there, while slashing the cost to serve by a factor of four through the use of a different network architecture and a simpler, redesigned version of its standard network-switching equipment.

Another way companies shake up their thinking is to look beyond traditional competitors for design ideas. A low-cost appliance maker learned of a more high-tech approach for coating its fans by studying painting techniques developed in the automotive industry. The fan maker’s executives had always resisted technological solutions, preferring to substitute labor for capital because of low workforce costs. But after studying the automakers’ approach, which kept the thickness of each coat of paint to specified levels, the executives changed their minds. Ultimately, a 4 percent savings in paint costs more than offset the expense of new equipment.

Similarly, a global farm-equipment manufacturer looked to an adjacent vehicle category in which it didn’t compete to create a simpler, cheaper design for the claw mechanism in a new low-cost rice-transplanting machine. By applying this thinking to other products, the company also identified comparable improvements in a different low cost product line.

2. Start from scratch
By now, most companies recognize that trying to interest discerning emerging-market consumers in stripped-down, low-cost versions of the products they sell globally is a recipe for letdown. Yet many companies still aren’t fully aware of how far they must go to differentiate their products for these customers. Top companies, by contrast, are highly disciplined, even relentless, about setting priorities and putting aside existing assumptions. Leaders start by identifying the most important feature or two and focusing heavily on them (exhibit). This approach is quite different from the one that many companies tend to have: regarding all features as equally valuable and preferring more rather than fewer of them—an attitude deeply ingrained in some engineering cultures.

The farm-equipment maker started with a feature that its analysis showed mattered most to small-scale farmers: the durability of tires. Farming in one region required considerable back-and-forth driving in mixed terrain (tar roads and soil). By redesigning tires to maximize their useful life, the company made its vehicle far more appealing to local customers. This company’s crucial willingness to challenge its assumptions ultimately led to a broader set of improvements.3

By contrast, companies that fail to reexamine the assumptions inherent in their product designs risk making ill-informed decisions. A global maker of electrical products learned this the hard way when it introduced a minicircuit-breaker system to offer customers in India better protection from the country’s frequent power fluctuations and brownouts. The product, adapted from a comparable developed-world model, was technically sound and arguably superior to the alternatives. Yet sales suffered as customers turned to products from competitors offering an older—and cheaper—“use and throw” fuse technology. Not until the company started over with a new design incorporating the older technology did the product became competitive.

A handful of leading companies extend this thinking further still, approaching their product portfolios with a “zero-based design” mentality. The benefits can be profound. A global consumer-products company, for example, was losing share in an important Asian market to a domestic competitor offering a lower price for a common personal-care product. Instead of responding with a marketing push or a price cut, the consumer-goods maker ran a head-to-head comparison of the two products—including a sophisticated analysis of chemical ingredients. This investigation showed that the low-cost company, using a formulation that was half as costly as the global player’s, was achieving the same levels of efficacy. What’s more, the rival’s pump bottle maximized margins by delivering 10 percent more “product per pump.” After receiving this wake-up call, the global company redesigned its product from the ground up, ultimately changing the formulation, packaging, and even design of its pump bottle. The rejuvenated product, vastly cheaper to produce and no less effective than its predecessor, generated a 40 percent margin improvement.

Similarly, the telecommunications and data-services provider recognized that its mobile-phone towers were overdesigned compared with those of its competitors. By starting over from scratch, the company lowered its cost to build each tower by almost 30 percent, while still meeting or exceeding local safety regulations.

3. Design for manufacturability
A final way top product makers separate themselves from the competition is to go on challenging their assumptions well into the manufacturing process. Surprisingly, perhaps, though most global companies have manufactured products in emerging markets for years, they typically don’t go as far as they could to design them with emerging-market customers and workers in mind. By contrast, clever product makers look for easy opportunities to tweak their products and processes further and thereby lower their capital costs. To be sure, this is good practice anyplace companies operate, but an especially important one in emerging markets given the fierce levels of competition there.

For example, a large producer of engines and industrial equipment recognized that by making straightforward design changes to one of its drive-shaft assemblies, it could reduce the complexity of the machines needed to build them. Just allowing for more generous radii and bends in a few key spots would make it possible to produce the components with hot forging hammers, a cheaper technology than the high-speed cold-forging machines the company used at home. The changes helped reduce costs for materials by 10 percent, in part by enabling the company to source more goods and equipment from local suppliers.

The farm-equipment maker lowered its costs in a similar fashion by identifying places where its frontline workers could replace expensive fasteners with cheaper welds during product assembly. This reduced not only the company’s manufacturing costs but also the cost of maintenance for farmers, who otherwise had to replace the fasteners as they fell off.

Traditional approaches to product development are coming under strain as emerging markets start to dominate the global economy. Companies that learn to shake up their thinking and effectively challenge the assumptions about how they design, develop, and manufacture products are more likely to master the extremes of this new competitive landscape.

The authors wish to thank Gauranga De, Dave Fedewa, and Seungheon Song for their contributions to the development of this article. 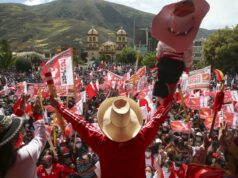 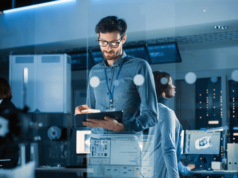 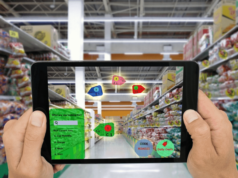